Since ancient times, shutters have served three basic functions: to control the temperature in a room, to admit or keep out light and for protection and privacy. In fact, the earliest shutters were used by the Ancient Greeks who favoured the use of marble slabs, though of course, we use much lighter and easier to work with materials today.

From Med to medieval

By medieval times, the popularity of shutters had spread beyond the Mediterranean and started to be manufactured from wood. Plentiful, cheap and most importantly easy to work with, these wooden shutters with the now familiar adjustable louvres were perfect for keeping wildlife out of rooms with unglazed windows.

Once windows routinely started to be glazed, wooden shutters were perfect for protecting costly window glass from damage. They also acquired fastening bars to keep intruders out of buildings like inns and public houses.

From the Old World to the New

It was the Spanish who took their beautiful and practical louvred shutters to America, where they quickly caught on with the owners of the big Southern plantations, hence the name we use today ‘plantation shutters’. Their great mansions became synonymous with grace and elegance, and that style was bound up with their shutters. With wider slats and almost always painted white, these became the template for the shutters we love today for their practicality and elegance.

Back in Europe, as industrialisation took hold, the humble shutter went outdoors where it remains today across most of Europe, particularly in France, Spain and Italy. In the UK, original interior shutters can be found in some period properties, but they lack the functionality of the plantation shutter with its clever louvres for controlling sunlight and temperature.

From dream to reality

Bringing the history of the plantation shutter up to date, we find that this versatile style of window dressing has gained new found popularity everywhere from living rooms to bathrooms, in a wide range of colours and materials. There are good a reasons why the plantation shutter is so popular for interior design. Not only do they bring that timeless elegance and sophistication to any room, but they can be customised and built for even the most awkward window.

Want to know more about bringing the beauty and practicality of plantation shutters to your home? Then browse the website and contact us for your free quote 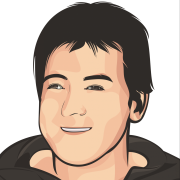 How shutters are great for families with children

How shutters can help creatives

Reduce outside noise with window shutters

Enter spring with a new set of window shutters